Is AI a Threat to Christianity?

In his relatively short tenure, Pope Francis has been hard at work welcoming spiritual seekers into the Catholic Church. He’s refused to judge LGBT people, sought to integrate divorced couples, and extended priests’ ability to forgive abortion. But Francis’s wide arms have arguably never stretched further than a mass in 2014 when he suggested the church would baptize Martians.

“If—for example—tomorrow an expedition of Martians came … and one says, ‘But I want to be baptized!’ What would happen?” Pope Francis asked. “When the Lord shows us the way, who are we to say, ‘No, Lord, it is not prudent! No, let’s do it this way.’”

While playful, this odd scenario got at a serious question about just how far the church’s welcome can go. Should Christianity, the world’s largest religion, embrace all intelligent life? Even aliens? Granted, the arrival of green space creatures seeking salvation isn’t very likely. But the Pope’s lesson opens the door to the acceptance of another science-fiction stalwart, too—one that’s not so easily dismissed. Namely, hyper-intelligent machines.

While most theologians aren’t paying it much attention, some technologists are convinced that artificial intelligence is on an inevitable path toward autonomy. How far away this may be depends on whom you ask, but the trajectory raises some fundamental questions for Christianity—as well as religion broadly conceived, though for this article I’m going to stick to the faith tradition I know best. In fact, AI may be the greatest threat to Christian theology since Charles Darwin’s On the Origin of Species.

For decades, artificial intelligence has been advancing at breakneck speed. Today, computers can fly planes, interpret X-rays, and sift through forensic evidence; algorithms can paint masterpiece artworks and compose symphonies in the style of Bach. Google is developing “artificial moral reasoning” so that its driverless cars can make decisions about potential accidents.

“AI is already here, it’s real, it’s quickening,” says Kevin Kelly, a co-founder of Wired magazine and the author of The Inevitable: Understanding the 12 Technological Forces That Will Shape Our Future. “I think the formula for the next 10,000 start-ups is to take something that already exists and add AI to it.”

Despite AI’s promise, certain thinkers are deeply concerned about a time when machines might become fully sentient, rational agents—beings with emotions, consciousness, and self-awareness. “The development of full artificial intelligence could spell the end of the human race,” Stephen Hawking told the BBC in 2014. “Once humans develop artificial intelligence, it would take off on its own, and redesign itself at an ever-increasing rate. Humans, who are limited by slow biological evolution, couldn’t compete and would be superseded.”

This explosion of artificial intelligence—often referred to as the singularity—is one of many futures technologists have envisioned for robots, not all so apocalyptic. But the possibility of any threat to humans, even if small, is real enough that some are advocating for precautionary measures. More than 8,000 people, including Hawking, Noam Chomsky, and Elon Musk, have signed an open letter warning against potential “pitfalls” of AI development. Ryan Calo, a Washington University law professor, argues for the development of a Federal Robotics Commission to monitor and regulate developments so that we don’t innovate irresponsibly.

While concerns mostly center on economics, government, and ethics, there’s also “a spiritual dimension to what we’re making,” Kelly argues. “If you create other things that think for themselves, a serious theological disruption will occur.”

History lends credibility to this prediction, given that many major scientific advances have had religious impacts. When Galileo promoted heliocentrism in the 1600s, it famously challenged traditional Christian interpretations of certain Bible passages, which seemed to teach that the earth was the center of the universe. When Charles Darwin popularized the theory of natural selection in the 1800s, it challenged traditional Christian beliefs about the origins of life. The trend has continued with modern genetics and climatology.

The creation of non-human autonomous robots would disrupt religion, like everything else, on an entirely new scale. “If humans were to create free-willed beings,” says Kelly, who was raised Catholic and identifies as a Christian, “absolutely every single aspect of traditional theology would be challenged and have to be reinterpreted in some capacity.”

Take the soul, for instance. Christians have mostly understood the soul to be a uniquely human element, an internal and eternal component that animates our spiritual sides. The notion originates from the creation narrative in the biblical book of Genesis, where God “created human beings in God’s own image.” In the story, God forms Adam, the first human, out of dust and breathes life into his nostrils to make him, literally, “a living soul.” Christians believe that all humans since that time similarly possess God’s image and a soul.

But what exactly is a soul? St. Augustine, the early Christian philosopher, once observed that “I have therefore found nothing certain about the origin of the soul in the canonical scriptures.” And Mike McHargue, a self-described Christian mystic and author of Finding God in the Waves: How I Lost my Faith and Found it Again Through Science, believes that the rise of AI would draw out the ambiguities in the ways that many Christians have defined terms like “consciousness” and “soul.”

“Those in religious contexts don’t know precisely what a soul is,” McHargue says. “We’ve understood it to be some non-physical essence of an individual that’s not dependent upon or tied to their body. Would AI have a soul by that definition?”

If this seems like an absurd question, consider technologies such as in vitro fertilization and genetic cloning. Intelligent life is created by humans in each case, but presumably many Christians would agree that those beings have a soul. “If you have a soul and you create a physical copy of yourself, you assume your physical copy also has a soul,” says McHargue. “But if we learn to digitally encode a human brain, then AI would be a digital version of ourselves. If you create a digital copy, does your digital copy also have a soul?”

If you’re willing to follow this line of reasoning, theological challenges amass. If artificially intelligent machines have a soul, would they be able to establish a relationship with God? The Bible teaches that Jesus’s death redeemed “all things” in creation—from ants to accountants—and made reconciliation with God possible. So did Jesus die for artificial intelligence, too? Can AI be “saved?”

“I don’t see Christ’s redemption limited to human beings,” Christopher Benek, an associate pastor at Providence Presbyterian Church in Florida with degrees from Princeton Theological Seminary, told Gizmodo in 2015. “It’s redemption of all of creation, even AI. If AI is autonomous, then we should encourage it to participate in Christ’s redemptive purposes in the world.”

And what about sin? Christians have traditionally taught that sin prevents divine relationship by somehow creating a barrier between fallible humans and a holy God. Say in the robot future, instead of eradicating humans, the machines decide—or have it hardwired somewhere deep inside them—that never committing evil acts is the ultimate good. Would artificially intelligent beings be better Christians than humans are? And how would this impact the Christian view of human depravity?

These questions so far concern religious belief, but there is also the many matters related to religious practice. If Christians accept that all creation is intended to glorify God, how would AI do such a thing? Would AI attend church, sing hymns, care for the poor? Would it pray?

James McGrath, a professor of religion at Butler University and the author of Theology and Science Fiction, recently toyed with the prayer question using a strange classroom assignment. He told his religion students to ask Siri, the personal assistant in Apple devices, to pray for them and observe what happened. The students quickly learned that Siri was more comfortable with questions like “What is prayer?” than commands like “Pray for me.” When directed to pray, Siri basically responded, “I’m not programmed to do that.” But if a more advanced version Siri were programmed to pray, would such an action be valuable? Does God receive prayers from any intelligent being—or just human intelligence?

There are no easy answers for Christians willing to entertain these questions. And, certainly, there’s a case to be made that Christians shouldn’t bother in the first place. The Christian Bible never anticipates non-human intelligence, much less addresses the questions and concern it creates. It does, however, teach that God has established a special relationship with humans that is unique among all creatures. Russell Bjork, a professor at the evangelical Gordon College who is cautious about broadening the Christian understanding of personhood to include AI, argues in the journal Perspectives on Science and Christian Faith, “What makes humans special is not what humanity is, but rather it is God’s relationship to us based on his purpose for making us.”

In addition to the Bible, many Christians look to their ancient creeds for guidance. One of the most popular, the Nicene Creed, speaks of Jesus as “the only son of God, begotten, not made.” The implicit corollary is that humans are God’s children who are made, not begotten. Christians believe that God makes humans, but humans make machines. By this logic, one might conclude that AI could not be considered God’s children or possess soul.

But this hasn’t stopped Kevin Kelly from beginning to advocate for the development of “a catechism for robots.” A catechism is a statement of faith usually framed in a question-and-answer format that outlines orthodox belief and is typically taught to children in some religious traditions. Kelly says he takes the idea “very seriously” and even suggested it in a keynote talk at Q conference, an annual gathering of more than 1,000 prominent Christian leaders.

“There will be a point in the future when these free-willed beings that we’ve made will say to us, ‘I believe in God. What do I do?’ At that point, we should have a response,” Kelly says.

Kelly, McHargue, and McGrath all are convinced that most traditional theologians today aren’t engaged enough in conversations like this because they’re stuck rehashing old questions instead of focusing on the coming ones. McHargue notes that questions about AI and theology are some of the most common that he receives from listeners of his popular “Ask Science Mike” and “The Liturgist” podcasts. “Any non-biological, non-human intelligence will present a greater challenge to religion and human philosophy than anything else in our entire history combine,” he claims. “Nothing else will raise that level of upheaval, and collective trauma as the moment we first encounter it.”

Despite these pitfalls, McGrath raises one last mischievous point: AI actually could bolster a person’s faith. “For some people, religion is precisely about recognizing that I, as a human being, am not God and so I don’t have all the answers and will inevitably be wrong about things,” he says. “If that is one’s outlook, then finding out you were wrong is a good thing. It simply confirms what you already knew: that life is about trusting God and not trusting in my own understanding.” 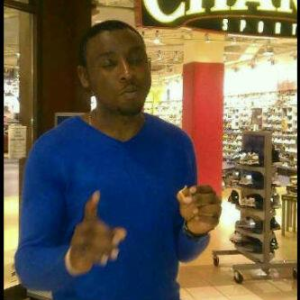 I am a freelancer who loves music, web and graphic design and enjoys putting smiles on your faces. I like to DJ and take photographs. Let's together design a product worthwhile that will boost your business and keep your clients happy. I'm always at your service.
PrevEPISODE 3 – Getting Back To Grace!
If He Calls You, He Will Equip YouNext